The North Bay Golf Club is a private club owned by shareholders and governed by an elected Board of Directors. In 1921, a group of golf enthusiasts formed the NGC&CC and had engaged Stanley Thompson the renowned Canadian designer to layout the new course on what was once farm land originally owned by the MacIntosh family. Prior to Thompson’s involvment, it was said these enthusiasts, despite no formal golf course had “hit the ball” along this pastureland for many years prior to 1921.

Designed by Stanley Thompson, one of the classic figures of North American golf course, Thompson had a flair for features on a massive scale. He was not adverse to sculpting the earth along vast dimensions in search of generous playing areas and diverse angles of approach. Consistent with his designs of bodly shaped layouts and breathtaking courses the North Bay Golf and Country Club was designed using many of the land’s natural terrain. 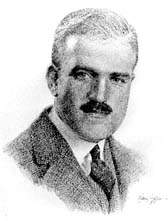 Once formally established as a private club, the next step was to form the body of directors to oversee the operation. The first president of the NBG&CC was Senator George Gordon and the first club professional hired was George Smale.

The original nine holes spanned 2800 yards and were ready for play in 1923. With seasonal renovations, and a strong commitment from members giving of their labour, resources and donations the course has evolved into one of the finest eighteen hole challenges in the North.

For the golfer, water comes into play on a least 13 of the 18 holes and first time players often comment on the individually presented by each hole the 6300 plus yard, par 72 layout. The play demands well placed shots instead of the long ball.